A popular option for organizations that have an existing endpoint management solution like LANDesk Management Suite ®, Microsoft System Center, or Novell ZENworks is to deploy containerized applications as standalone executables. These executables are built on the SVM architecture and work just like a container.

Deploying applications within containers is convenient for running different versions of applications like Internet Explorer 8 and 11 side-by-side on the same system.

To produce an executable output, set the Project Type to ISV Application in Turbo Studio. Executables can be deployed directly to the users device or to a network share and do not have any dependency requirements.

An enterprise license for Turbo Studio is required to enable executable outputs. Contact our sales team for more information.

Specify Additional SVMs for a Container

When you have updates or patches you can use Turbo Studio to specify additional SVMs for applications. Studio provides two mechanisms to accomplish this. Both methods support path tokens (ie. @APPDIR@) and must specify the full path to SVM dependencies.

One mechanism is to specify the SVM dependencies in Turbo Studio. 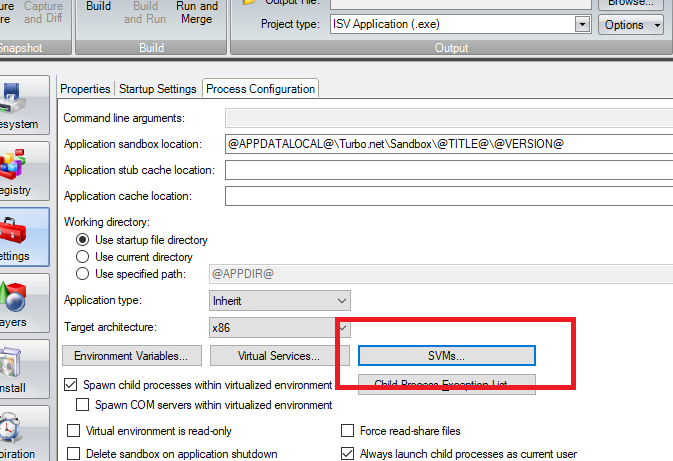 The SVMs dependency editor can be accessed by clicking on 'Settings' button, then 'Process Configuration' tab, then 'SVMs' button. 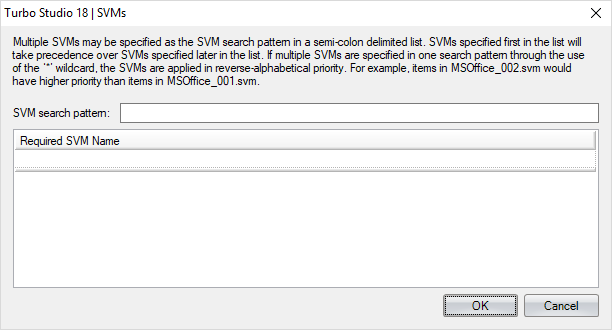 The first field is the SVM Search Pattern field. Here users can enter the complete path to where multiple SVMs are located using a wildcard. An example of using a wildcard in the search field is @APPDIR@\patches\*.svm.

The second field allows required SVMs to be specified. Wildcard characters are not valid for this and a specific path must be used. If the file is not found during application launch, an error will be reported and the launch will be aborted.

Another mechanism is by using the /XLayerPath= command line option. This parameter takes a path to additional SVMs to load. This can be useful for dynamically creating container environments depending on other user settings. These runtime settings augment any which are built into the SVM.

An example of a specified SVM path using full path:

An example of specifying SVMs from multiple locations:

An example using a path with wildcard:

This performs a wildcard match finding any files that match the pattern, such as 'c:\path\to\patches\patch_001.svm'.

A container package can define several startup files. These can all be activated on launch or they can be configured to only be launched given a specified trigger. This is useful for suite applications (like Microsoft Office) where most of the container package is shared.

In Turbo Studio, the startup file triggers are managed in the 'Startup Files' dialog. 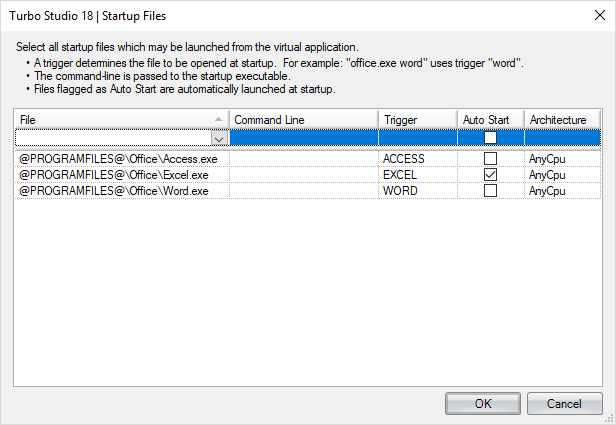 To launch a startup file by its trigger, specify its trigger as the first parameter to the container .exe:

To create an easy-to-access shortcut for a trigger, right-click on your packaged executable and select Create shortcut. Then, right-click on the newly created shortcut and append the trigger to the Target field. Change the shortcut name and icon to differentiate the application entry point that will be launched when the user runs the shortcut. 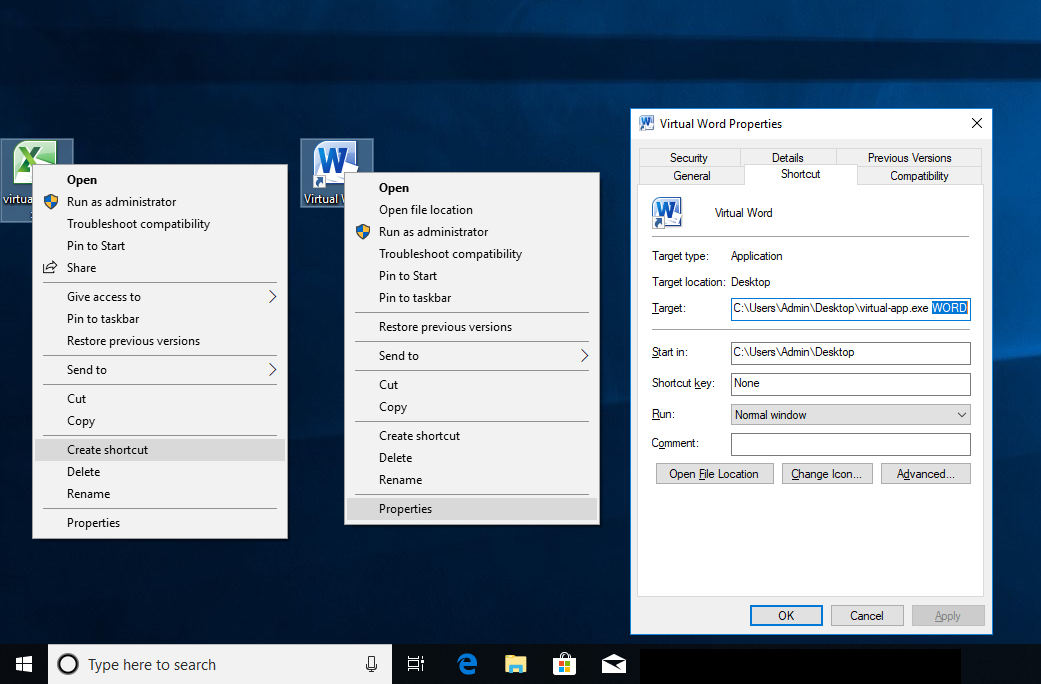 Questions? Talk to us.